Since you are in Porto, see for yourself how amazing the city is! 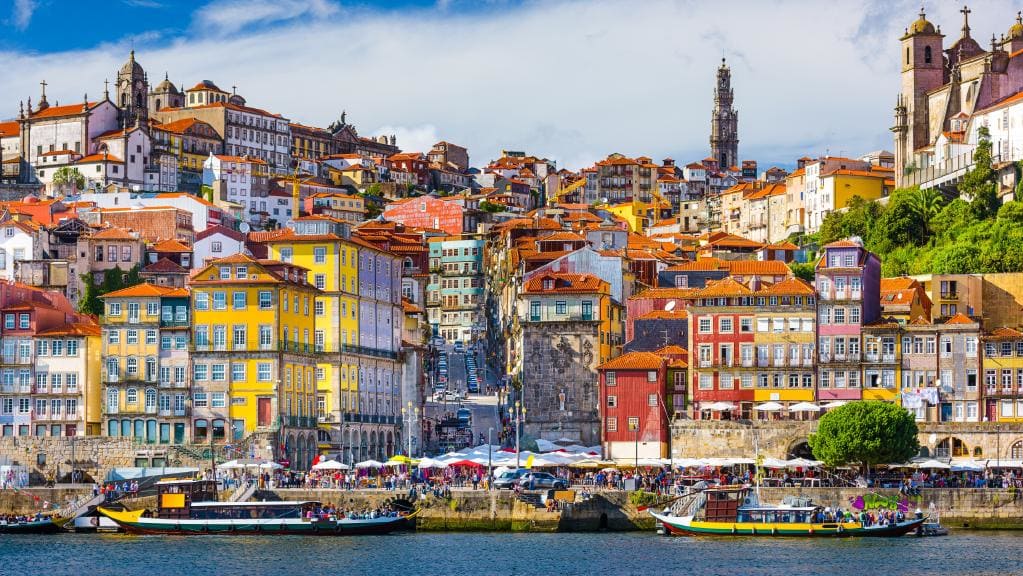 With Porto being named European Best Destination 2017 and picking up the gong for Europe’s Leading Tourism Destination at the World Travel Awards, the spotlight is squarely on Portugal’s second-largest city, all good reasons for us to be proud! 😉

A small list of some of the top must do in Porto is available for you, enjoy!

There’s a reason you’ll always find a queue outside Majestic Cafe, and its beautiful art deco interior is not always it. Rumoured to have been the cafe of choice for J.K. Rowling while she lived in Porto in the ’90s, tour guides like to pontificate that Harry Potter was born in this very spot.

Brave enough for another queue? The interior of the Livraria Lello bookstore, dating to 1906, is spellbinding in more ways than one – its elaborate forked staircase is said to have inspired Hogwarts. It would be very easy, but probably not a good idea, to do nothing but drink port and tour cellars in Porto.

These are located on the south bank of the Douro in Vila Nova de Gaia.

A few, like Real Companhia Velha, Caves Sandeman and Taylor’s Port, have histories going back hundreds of years and come with museums documenting their story. As for the wine, it becomes fortified by adding grape spirit, which halts fermentation and helps port keep its sweet flavour. From them on it is stored in oak barrels for anything between two years and four decades depending on the style.

A little chaotic and great fun to explore, Porto’s riverside area is a very picturesque piazza where tourists and locals mingle.

There are bars and restaurants around every corner, and these line the riverside walk too.

You’ll have a perfect shot of the iconic Luís I Bridge from here, and if you duck through the arcades there’s a confusing maze of steep streets and stairways between pastel-painted houses in varying states of repair.

In the west of Porto there are several elements to Serralves that makes such a great day out.

First there’s the villa, Casa de Serralves, a graceful Art Deco property built between 1925 and 1944 and with designers like Charles Siclis and René Lalique recruited to craft the interiors.

The villa looks out on sumptuous terraced grounds with tree-lined avenues, topiaries, regimented lawns and pergolas.

The 75.6-metre-high tower of this Baroque church can be spotted from most parts of Porto and was the tallest building in the country when it was completed.

It’s a beautiful monument, with delicate carvings all the way up and a clock so high you need to take few steps back to be able to read it properly. A treasured modern addition to Porto’s cityscape, the Casa da Música is a concert hall that opened in 2005. Dutch architect Rem Koolhaas oversaw the design along with high-tech scenography and acoustics firms.

This is one of the rare music venues that is also worth seeing when nobody’s playing.

You can go in for a tour of the 1,300-seater venue, which tore up the rulebook on auditorium design and has two walls composed entirely of glass.

This stern-looking building calls the shots from the oldest part of Porto.

You’ll arrive on the Terreiro da Sé, an esplanade that lets you survey the city’s rooftops and monuments like the Clérigos Church Tower.

Despite going through a lot of changes over time, the cathedral has kept big pieces of its original 12th-century architecture. This was the site of Porto’s Crystal Palace, which lasted from 1865 to 1961 and was modelled on the monument in London. These gardens were devised to complement that palace and were landscaped by the German Émile David. His design is still in place, and there are fountains and allegorical sculptures to the seasons.

The gardens are planted with gingko, pines, camellias, rhododendrons and beech trees, and your path might be crossed by a peacock or two.

The Douro has travelled almost 900 kilometres from its source in Castile and León to reach the Atlantic at Porto, and most people who spend some time on or next to the Douro agree that there’s something special about the river.

Around the Ribeira hour-long cruises are offered with a guide that will give you some insights about the port warehouses on the south bank, the Porto landmarks that soar high on the north bank and the various bridges.

Upriver on the eastern limit of the city is the Maria Pia Bridge, ten years older than the Luís I and built by Gustave Eiffel.

The vibrant nightlife of Porto caters for all ages and diversities; from fine dining experiences through to banging late night clubs. The area is well known as Galerias.